Just about everyone who’s not a full-time fitness instructor could use a little help with body contouring here and there. The latest option to reduce pockets of fat on your abdomen and flanks uses radiofrequency energy to heat and destroy the fat cells, slimming the contour. The procedure is known as truSculpt 3D and we… Read More » Get Smart with that Unwanted Fat

Fat deposits can be as stubborn as the roots of an old cottonwood tree trying to work their way into your house’s foundation. No matter what you do to get rid of the fat, it just seems to keep on keeping on. But we have a smart solution at Creative Image Laser Solutions. It’s called… Read More » At Creative Image Laser Solutions, we’re proud to add Body-Jet aqua liposuction to our treatment offerings. Body-Jet liposuction was developed in Germany and is incredibly popular throughout Europe. It first was introduced in the U.S. in 2008. What is Body-Jet liposuction? For years, liposuction has been performed in most cases by first injecting a tumescent… Read More » 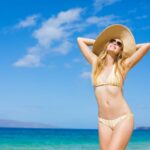 Liposuction has continued to grow in popularity as the procedure has become less invasive. At Creative Image Laser, we take it one step further with SmartLipo™. This procedure removes unwanted pockets of fat and tightens the skin above. Less invasive liposuction When liposuction first debuted in the United States in the 80s, it was a… Read More » Your body is good at storing this stuff called fat. It’s from our caveman days where we didn’t exactly have a Kroger right down the street and we might have to call upon that fat later in the lean times. Our bodies don’t know about this change yet, though. They still effectively store extra calories… Read More » Liposuction, when originally introduced in the 1980s in the U.S., was a pretty violent procedure. The cannula, which was much larger than those needed today, was moved quite violently under the skin to break loose the fat to be suctioned out. That movement caused a good deal of bruising and tissue trauma, plus patients had… Read More »

Liposuction Recovery: It’s Not as Difficult As You Think!

New liposuction techniques are making the procedure more and more popular. At the Creative Image Laser Solutions, we expect the body-contouring procedure to become even more popular in the coming year. Patients considering liposuction assume the recovery period will be difficult, but the reality is different. Apart from our warm and caring team that will… Read More »

Laser Liposuction May Be the Answer You’re Looking For

You’ve probably done everything to get rid of those stubborn pockets of fat — from various diets to CrossFit to kettlebells! Here at our Brownwood liposuction practice, we have received a lot of feedback from our clients who just can’t get the body shape they want out of spending long hours at the gym. This… Read More »

Planning for Your Liposuction in Brownwood

So you’ve tried both diet and exercise but you’re still left with deposits of fat in certain body parts? A liposuction may just be the cosmetic procedure you’re looking for. During your initial consultation with Dr. Butka for your liposuction in Brownwood, he will assess your overall health, including the position of your fat deposits… Read More »