Stop the Sweat this Summer

Things can get a little toasty during a summer in Brownwood, and that’s a problem if you’re one of the estimated four million Americans who suffer from severe, excessive sweating. The condition, known as hyperhidrosis, can keep a person from engaging in many social situations and it can be emotionally difficult.  Treatments for hyperhidrosis have… Read More »

Everyone sweats during our hot summers here in Brownwood, but some people sweat much more, and not necessarily due to the heat. Excessive sweating, a condition known as hyperhidrosis, is estimated to affect nearly 8 million people around the world, with over 4 million in the U.S. Hyperhidrosis can be very difficult emotionally and socially.… Read More »

Turn Off the Sweat

It’s no secret — summers in Texas are toasty. Everyone sweats, but if you suffer from hyperhidrosis, you sweat a ton. It can be embarrassing, even leading a person to avoid social situations. Often people with hyperhidrosis feel as if they’re the only one sweating excessively. But the truth is that four million Americans suffer… Read More » 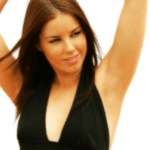 Excessive Sweating Can Be Excessively Annoying

If you’re old enough, you may remember the movie Broadcast News. In the film one of the TV station’s reporters, played by Albert Brooks, finally got the chance to anchor the evening newscast. All was going well until he started sweating…everywhere…a lot. Obviously, the gig was a one-time event and he wasn’t going to get… Read More »